skip to main | skip to sidebar

The Magic of Inner Peace

Riding a motorcycle on November 22nd, when it happens to be an unfathomable 62 degrees in SE Wisconsin is especially exciting and exhilarating! I found myself cruising the back roads with a “soul smile” on my face (the kind that you can’t control…impossible to wipe from your face no matter how hard you try) covering another hundred miles of asphalt. Great Medicine for the Self as every living thing around radiates my flying high energy back to me.

Eagles always have a powerful message for me, aside from the fact that seeing them around these parts is almost as common as a 62 degree day in mid-November. The instantaneous halt to any mind chatter and the surge of energy when I see them; followed by an intense calm…inner peace…pure love… is exactly what I experience. Practicing this state of being on my motorcycle, reminds me to practice bringing that feeling into my day to day experiences. I love how nature is always there providing me with these lessons!

A friend just “happened” to send this poem my way November 23rd, describing the Symptoms of Inner Peace. It’s exactly what I strive to experience when I ride, both my motorcycle and my life! It’s an experience available at any given moment; making a connection with nature…with Source Energy.

November 24th, driving north along a major state highway just past the Interstate, passing by an intermingling of farm lands and subdivisions, I was practicing mantras to achieve a state of inner peace. Suddenly, two very large birds swooped across the highway. I immediately knew what they were, so I pulled over. Two bald eagles flew across the road once again, then perched themselves in a tree right next to where I had parked. I watched in absolute amazement, thrilled and filled with a tremendous sense of inner peace!

The eagles have landed and I’m shooting for the moon!
Posted by Karen at 1:50 PM 2 comments:

This has been a powerful week for me, one of major shifts in consciousness. I sense myself in the midst of a major transformation.

I started the week diligently disciplining myself to practice living as many moments as possible as if they were the last hoorah. As I’m writing this, I realize what caused my derailment mid-week; discipline! I was being way too hard on myself, trying to control rather than shape my thoughts/moods. That led to a string of events, which led to an onslaught of false beliefs pummeling me like a machine gun with infinite rounds of ammunition. I went from joyful, “everything is cool,” “I’m heading in the right direction,” “I’m exactly where I’m supposed to be,” “everything is happening exactly as it should and right on time,” to being absolutely miserable.

The aftermath of a week long antibiotic treatment had me feeling physically miserable. My mind naturally latched onto that misery and created a shitload of drama. It was out to prove that misery loves company. And that’s how the whole snowball effect got started.

I bought into self-pity, having had myself convinced that I was a useless looser, who’d end up broke within 4 months, eligible for food stamps, unable to find work, losing my kids, having to sell my house, being diagnosed with at least three different forms of cancer, a fat, old, ugly maid, blah, blah, blah! Where was all this coming from and why was I believing it??

The knock-down, drag-out, bloody fight between my two boys in the backseat of our Jeep, on the interstate was an inspiration to me. When my kids act up, I ask myself what it is that I am repressing. The answer to that answer was real clear today. I had spent the majority of my day beating the shit out of myself and there they were, expressing my repressions. That incident shifted my perspective and I was able to see the light! If I wanted things to change, I’d have to change what I was thinking. Thus, the transformation began.

The next morning I hit the tredmill as opposed to the trail due to rain. The only way for me to make it six miles on a treadmill is to crank up my iPod. Inspiration beset me as I listened to Dwight Yoakum’s rendition of an old Buck Owens tune, Loves Gonna Live Here Again. That ended up being my mantra for the day. When my actions and thoughts began to come from a place of love, I became a magnet for joyful experiences and the receptor of inspiring ideas, filling me with energy and life!

The following morning, I startled an eagle while running one of my forest trails. I always know the eagles by the way my body responds to the sightings; every cell feels their magnificence. Driving home, an old Bodeen’s verse in my head, “Everybody wants to be closer to free,” I saw another eagle! The messages of eagle are to love the shadows as well as the light. Follow the joy your heart desires. When you face your fears you will soar.

That evening, while sitting on my deck, I saw two shooting stars! I made my wishes, knowing in my heart that I have the power to make them come true. All it takes is a change of heart. And perhaps a couple of kids to remind me. Who needs Post-it Notes!

***Watch for the release of a new book, Changes of the Heart, being released December 1 and 2. Available at www.amazon.com I’m one of 13 Life Coach co-authors, my chapter title is Motorcycle Medicine.***
Posted by Karen at 3:52 AM No comments: 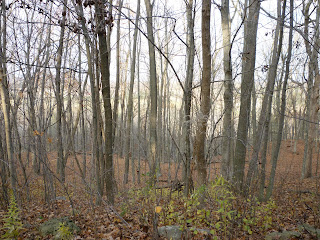 What a difference a week makes! Gusty winds and heavy rains during the past week have left an onslaught of naked trees.

Today I took an incredible hundred mile ride through the nakedness. Knowing it could very well be the last hoorah of the season, I enjoyed every second of it. My excitement had me bouncing off of my seat. At times, I felt as though it were summer even though the temperature struggled to reach 60. The way the sun felt, the calming effect of the blue sky, and the excitement of taking it all in had my appreciation for the present moment escalated. I was tuned in, tapped in, and turned on!

Cruising down the back roads without an agenda had me wondering why I don’t live every day as if it were the last ride of the season. As I studied the landscapes through which I was traveling, observing predominantly naked trees, the wisdom of the trees hit me. The leaves of the trees are gone. There’s nothing left of them other than their core, yet so much more light is now able to shine through.

When we lose all the extensions of who it is we have become, we are left with our core; who it is we truly are. And when we make that discovery, so much more light is free to shine through! The trees relayed a profound message. It’s not what you wear, it’s what’s in your heart. And when you expose your heart, it opens more space for the light. 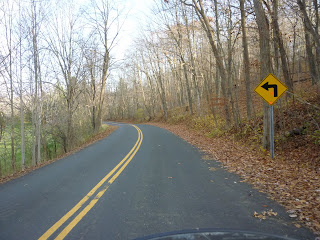